In classical and modern Persian literature the Simorḡ is frequently mentioned, particularly as a metaphor for God in Sufi mysticism. In the 12th century Conference of the Birds, Iranian Sufi poet Farid ud-Din Attar wrote of a band of pilgrim birds in search of the Simurgh. In the poem, the birds of the world gather to decide who is to be their king, as they have none. The hoopoe, the wisest of them all, suggests that they should find the legendary Simorgh, a mythical Persian bird roughly equivalent to the western phoenix. The hoopoe leads the birds, each of whom represent a human fault which prevents man from attaining enlightenment. When the group of thirty birds finally reach the dwelling place of the Simorgh, all they find is a lake in which they see their own reflection. This scene employs a pun on the Persian expression for “thirty birds” (si morgh).[9] 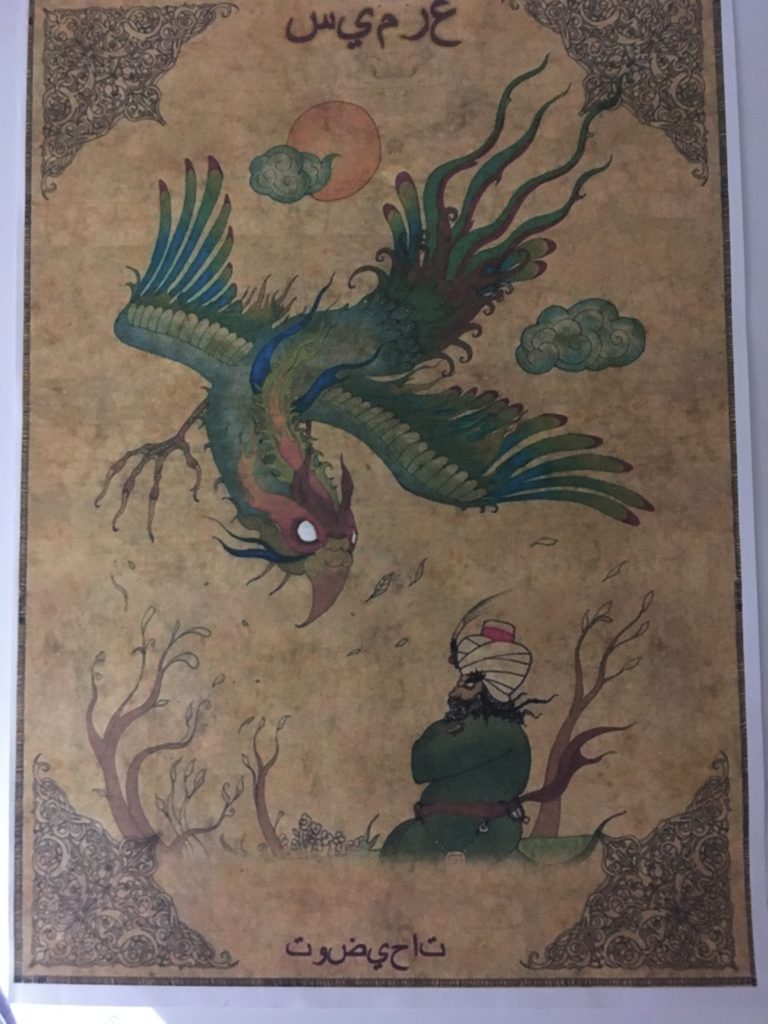 What is the link between Hermes and Simorgh ?

The link is that the reverse of the name of Simorgh in Persian gives Hermes, let me explain: